Following this morning’s press conference at the Headland Hotel I filmed a couple of short video interviews with some local students and Richard Glover, Chief Executive of the Cornwall Chamber of Commerce.

I  was also able to catch a bit of Ian Livingston, Chief Executive of BT, and Alec Robertson, Leader of Cornwall Council, taking questions from the assembled media representatives. END_OF_DOCUMENT_TOKEN_TO_BE_REPLACED

Fiona Campbell-Howes (@patroclus) and Aren Grimshaw (@arengrimshaw) will be attending this morning’s press conference on super-fast broadband for Cornwall. The following statement has been made available to us in advance of this morning’s announcements.

A multi million pound project to make super-fast broadband available across Cornwall and the Isles of Scilly will be announced today. The project, involving a partnership of public sector and private sector organisations, is expected to be one of the largest single investments in Cornwall and the Isles of Scilly in recent years. Thousands of jobs are expected to be created.

Among those due to be speaking at a press conference in Newquay today will be Alec Robertson, the Leader of Cornwall Council, and Ian Livingston, the Chief Executive of BT. It is understood that the project will result in Cornwall becoming a leading rural example of super-fast broadband investment across the UK and abroad.

Cornwall already has a reputation for pioneering IT initiatives. The well-known Actnow broadband project was recognised by the EU as an exemplar project for e-business. Since 2002 it has helped more than 10,000 Cornish firms make the most of broadband through marketing, grants, advice and technical support. 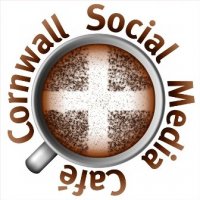